Who are the MEPs in key functions and how are they elected?

During the first plenary session after the European elections, MEPs, in turn, elect a new President, fourteen new Vice-Presidents and five Quaestors

All elected offices in the European Parliament (the president, vice-presidents, quaestors, committee and delegation chairs and vice-chairs) are renewed every two and half years, so once at the start and once half-way through the 5-year legislative term. Current office-holders can be confirmed for a second mandate.

In electing the president, vice-presidents and quaestors, ensuring an overall fair representation of member states and political views account should be taken into account.

The President oversees Parliament's activities, chairs plenary sittings and signs off the annual EU budget. The President represents the Parliament to the outside world and in its relations with the other EU institutions.

Roberta Metsola is the President of the European Parliament.

How is she or he elected?

The first act of a new European Parliament is to elect its President. Candidates for the Presidency may be proposed either by a political group or by a minimum of 36 MEPs. The election is held by secret ballot. To be elected, a candidate must win an absolute majority of the valid votes cast, i.e. 50% plus one.

If no candidate is elected at the first ballot, the same or other candidates may be nominated for a second round of voting under the same conditions. This can be repeated at a third round if necessary, again with the same rules.

If no-one is elected at the third ballot, the two highest-scoring candidates in that round proceed to a fourth ballot, where the one receiving the greater number of votes wins. (Should there be a tie at this stage, the older candidate is declared the winner).

Who are the Vice-Presidents and Quaestors?

Vice-Presidents may replace the President in performing his or her duties when necessary, including chairing plenary sittings. They are also members of the Bureau - the body responsible for all administrative, staff and organizational matters in Parliament. The Quaestors deal with administrative matters directly affecting MEPs themselves. The European Parliament has 14 Vice-Presidents and five Quaestors.

How are they elected?

Candidates for the posts of Vice-President and Quaestor may be presented either by a political group or by at least 36 Members. The vice-presidential election is held using a single secret ballot on all candidates. The order in which candidates are elected determines the order of precedence).

Who are the political group chairs and how are they elected?

There are currently seven political groups in the European Parliament. Each political group elects its own chair or chairs. The group chairs and EP President constitute the Conference of Presidents.

The Conference of Presidents organises Parliament’s business and legislative planning, decides the responsibilities and membership of committees and delegations and is responsible for relations with other EU institutions, the national parliaments and non-EU countries.

Who are the committee Chairs and how are they elected?

Each committee elects its Bureau, consisting of a Chair and of Vice-Chairs, in separate ballots. The number of Vice-Chairs to be elected is determined by the full Parliament upon a proposal by the Conference of Presidents.

Parliament’s standing interparliamentary delegations (for relations with non-EU parliaments) also elect their Chairs and Vice-Chairs, using the same procedure as for committees.

Who are the Coordinators in committees and how are they elected?

The political groups elect “coordinators” for the parliamentary committees. They are each group’s political leader in the committee. They coordinate their group’s viewpoint on the topics before the committee, and together with the chair and the vice-chairs, they organise the work in the committee. 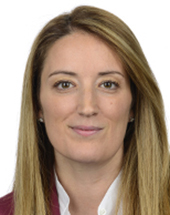